Taking time off transparently at Buffer 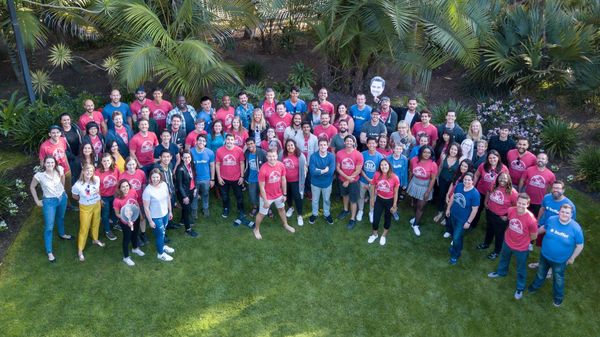 How Google Calendar and Slack integrations are helping Buffer with transparency and visibility.

Sharing is a big deal these days. Thanks to the advent of social media it’s no longer as simple as deciding what to do with your last Rolo. We often feel compelled to share and engage with stories that have caught our attention — and Facebook, Twitter and countless other platforms are all primed and ready to share the love.

At Buffer, sharing is something they take very seriously indeed. You’d hope so, given they provide companies with the right tools for efficiently managing their social media channels. But it runs much deeper than that. Much deeper.

You see, they’ve nailed down their five core values and sitting at the top of the list is ‘default to transparency’. Hmm, transparency? What’s that all about, then? One of Buffer’s blog posts offers a good introduction to the topic.

Buffer’s crystal-clear approach is surprisingly far-reaching. They publish all of their salaries and they’ve got transparent email, too, so everyone on the team can see what everyone else has sent. This makes it much easier to pick things up if someone else is off sick. Handy.

Intriguingly, in one of a bunch of blog posts exploring the subject of transparency, Buffer admit they “don’t do it for anything”. There’s no immediate benefit to this level of openness, it seems, so why do they do it? In the spirit of transparency they are happy to tell us they do it simply because they “think it’s the right thing to do”.‌

CEO Joel Gascoigne, a keen Twitter user, came up with the idea of Buffer in 2010. He’d grown frustrated with writing down when to send out his tweets on a notepad. He didn’t want to send them all out at once, so he resolved to find a way to send out a set number of tweets per day rather than firing them off at random. Today, Buffer is used by more than 80,000 businesses.

When it comes to transparency, Joel has found trust to be one of the biggest wins:

”One key reason transparency is such a powerful value for a company’s culture is trust: Transparency breeds trust, and trust is the foundation of great teamwork.”‌

Today we’re not taking a look at office rituals and tense negotiations over who’s making the next cuppa, because everyone at Buffer works remotely — all 80+ of them. PR manager Hailley Griffis tells us a bit more:

“We don’t have an office. Everyone works from wherever they feel happiest and most productive in the world. We even have one employee who lives and works from an RV while travelling the United States!”

The success of Buffer led to a growing and evolving team, a development worthy of celebration — but this also brought new challenges. Team engagement manager Nicole Miller explains:

“We used to announce any long-term absences through our forum/announcement tool called Discourse… you had to hunt and search through email threads to discover if someone was out of the office for the day.

“With a bigger team, we needed further opacity around days off and the ability to visualise how many team members might be gone at any given time before we could approve — or not approve — vacation requests.”‌

Evolution and the 'unsick day'

In September 2016, Buffer called time on their old ways of handling absence and gave Timetastic a go. This decision was “an evolution of many things”, Nicole says. One of those things was the need to keep track of how staff were using their annual leave after Buffer switched from ‘unlimited’ allowance to a policy featuring a minimum time off limit — encouraging people to use more of their allowance and not let it go to waste.

Another reason for the switch to Timetastic was to track people’s use of the ‘unsick day’ introduced at Buffer. We’ve not encountered this before; Nicole says it was brought in to “encourage people to focus on their health and preventative check ups,” which seems like a terribly nice thing to do.‌

How is Timetastic making a difference for the team?

“It can be a bit of a challenge to get our teammates to take time off,” Nicole says, admitting that she, too, is guilty of not taking enough time off. “Now we can reference the data we’re encouraging specific folks in a respectful manner, and it’s created much better flow and higher participation of our minimum vacation policy than we’ve ever seen before.”

Buffer also love how compatible Timetastic is with their transparency mission. Nicole says:

“As transparency is one of our core values, being able to utilise such a transparent tool and keep schedules open to others in the team is highly valuable to us."‌

What do the team think?

“They find it really helpful to know where to go to see if someone is offline for the day or not,” Nicole says. “We particularly use the Slack integration to see the team-wide absences on a given day, and we also share a screenshot of the Google Calendar integration each week in our weekly newsletter for an overview of who is out of the office in the week ahead.”‌

It’s reassuring to read how well Timetastic’s features and information visibility have worked for transparency-conscious Buffer. But what would they say to someone who is considering giving Timetastic a go with a free trial?

“Timetastic is super user-friendly, easy to integrate into your other work tools and has helped create a universal time-off-tracker for our globally distributed team,” Nicole says.

“We consider this one of our essential tools for managing teams and keeping a thumb on the pulse of our team's health.”

Aw, thanks Nicole. You can have our last Rolo.

I'm CEO at Timetastic. That means I accept responsibility for everything, the buck stops with me! Reach out through the support centre if you want to say hello.